This small Italian company stands for modern, easy to handle amps, whose workmanship and sound have reached a very high lever. the design is dashy, high-quality and well-wrought.
Marco Brunetti is a passionate tube amp-designer and an expert on this subject.
All products by Brunetti are hand-crafted, the components are produced according to his instructions. 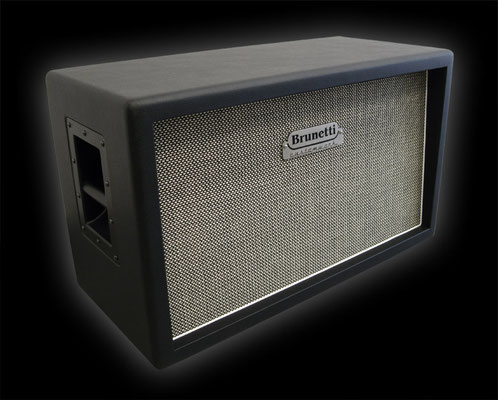 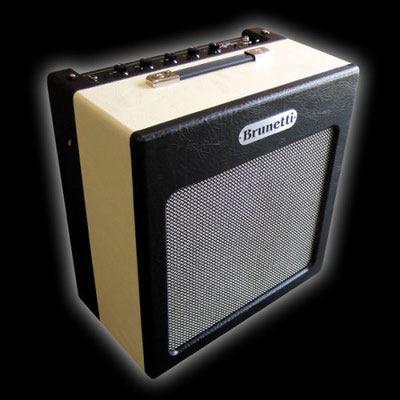 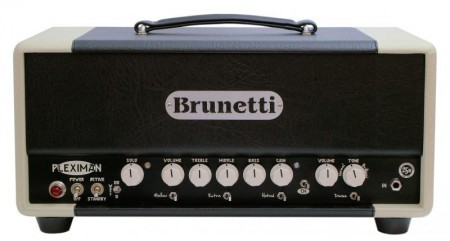 "Marco Brunetti, a native-Turiner, was born in 1960. He discovered his passion for electronics at the age of 14 and after a year of self-studied apprenticeship, he built his first amplifier by modifying an old Philco-combo with remarkable results. At 21 his ever growing passion forces him to leave university to follow his definitive profession, his destiny. For the following nine years he found himself working in every major Italian recording studios as maintenance engineer as well as a tech engineer on tours for Vasco Rossi, Zucchero, De Gregori, Raf, Biagio Antonacci and Gino Paoli just to name a view. He also took over the sound maintenance engineering on such big events like Zucchero's "Live at Kremlin" or Vasco Rossi's "Rock sotto l'assedio", making sure the sound was a good as the names implied.

Turning 30, he decided to put his know-how and his unrivaled passion for tubes into practice. He created some musical pro-audio equipment such as equalizers, microphonic preamps, compressors and many live systems. Later on, with the support of guitar-playing friends (Massimo Varini, Chicco Gussoni & Gabriele Leonardi) he designs his first unit for the guitar: the MILLE-preamp.

The MILLE was so succesful that Marco decides to enlarge his little production. His big creative ideas and his researches greatly increased hi knowledge, leading to such unique sound designs such as the Valvemix (found on the PIRATA-Models) and the 059's exclusive low/high bi-amplification system.

What Brunetti represents in the world of guitar ampilification is its own and unique "Italian" sound. Pure tube sound, elegant design, userfriendliness and incredible tonal flexibility are trademarks that make Brunetti Amps famous around the world."